The NTA is proposing numerous changes to public transport in the Greater Dublin Area. The bus element of these efforts has been dubbed BusConnects and includes three parallel strands of activity, that is

Key routes for Celbridge under the proposals are

Celbridge Community Council made a submission on the 2018 BusConnects Dublin Area Network Redesign based on the public transport provision we believed was needed in Celbridge. These views were based on those expressed by many from the Celbridge community over a number of months regarding use of public transport. 806 others from the Celbridge/ Leixlip area also made submissions. Celbridge commuters came out strongly in opposition to the abolition of the peak-time Express bus services to and from Dublin and in opposition to routing of all buses from Celbridge via Barnhall and Leixlip in what would effectively be an amalgamation of the 66B and 67 bus routes. It was widely felt that such changes would downgrade Celbridge's connection to Dublin City Centre. Thankfully, the 2019 BusConnects Dublin Area Network Redesign proposals from the NTA respond positively to our opposition by reinstating the current level of Express bus services and by retaining the current routing of buses past Weston.

Celbridge Community Council is submitted feedback to the NTA during 2019 BusConnects Dublin Area Network Redesign public consultation and, while we note many improvements from the 2018 proposals, we still have a number of things we believe could be improved.

A better network is essential to get people out of cars so we felt it was important to fully explore this as a community. We hosted an information evening and workshop on 28th November 2019 where attendees brainstormed with us what they saw as the pluses and the minuses of the 2019 proposals. It's great to be at a stage where we're exploring a better network and not bogged down by the degradation in service that was proposed last year. We invite you to view the video containing narrated slides from our information evening and workshop or view a PDF of the slides. It includes the original presentation slides plus outputs from attendees' brainstorming activities.

Celbridge Community Council also prepared a series of videos last year to illustrate how the commutes of a number of typical residents of Celbridge would change under the 2018 proposals. Only two of these scenarios remains valid. Have a look at them below and follow the discussions on our Facebook page...

The NTA is inviting people to have their say on the proposed network redesign via an online survey before the 10th December 2019 deadline.

What will you say?

Don't forget to make your submission before 10th December 2019

Tell them what's good and what's bad, for example, how do you feel about each of the following?

How Celbridge residents commute to Dublin 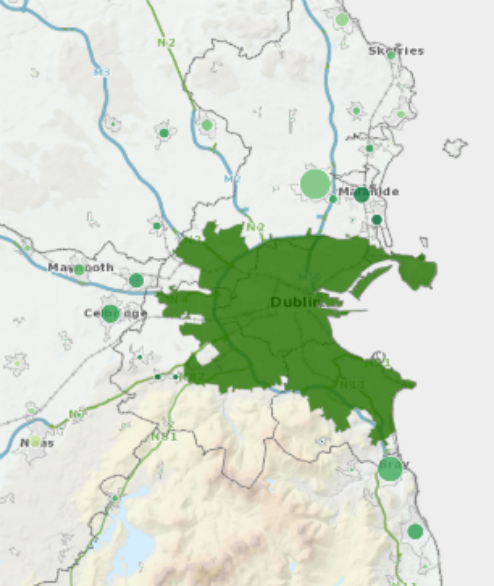 Celbridge is a commuter town with large numbers commuting to Dublin and other locations daily.

The Census 2016 "Feeder Towns into Each City" map states that

In 2016 there were 4,541 persons in the settlement of Celbridge who commuted to Dublin city and suburbs which equates to 48.4% of persons at work and living in Celbridge. Of these commuters 2,254 are women and 2,287 are men.

The average journey time of workers who commute from Celbridge to Dublin city and suburbs was 44 minutes and their average age was 41.

The introduction of a train service from Hazelhatch to Grand Canal Dock via the Phoenix Park Tunnel has been a real boost for commuters from Celbridge but very many in our town experience problems accessing the train at Hazelhatch or are uncomfortable with how crowded trains to Grand Canal Dock are. Until the capacity problems on Irish Rail are resolved, bus transport remains crucial for most commuters from Celbridge to Dublin city and suburbs.

Of those who commute to Dublin city and suburbs,  the mode of transport was

Comparing Celbridge with other towns in the Greater Dublin area like Swords, Malahide, Bray, Greystones, Maynooth and Leixlip that feed into Dublin city and suburbs it’s apparent that the towns closest to rail lines have the highest percentage of population using rail services.

For all these feeder towns except Swords and Celbridge, a large number of residents can easily walk to the train station as they live within 1km. Residents of Swords live at least 4.8km away from Malahide train station.

The following map, generated from AIRO's Census Mapping Module for Kildare shows how easily the people of North Kildare can get to a train station. Unsurprisingly, Celbridge fares way worse than North Kildare towns on the Maynooth train line. Residents north of the bridge apparently need 8-12 minutes to get to the station (obviously longer in peak-hour!). 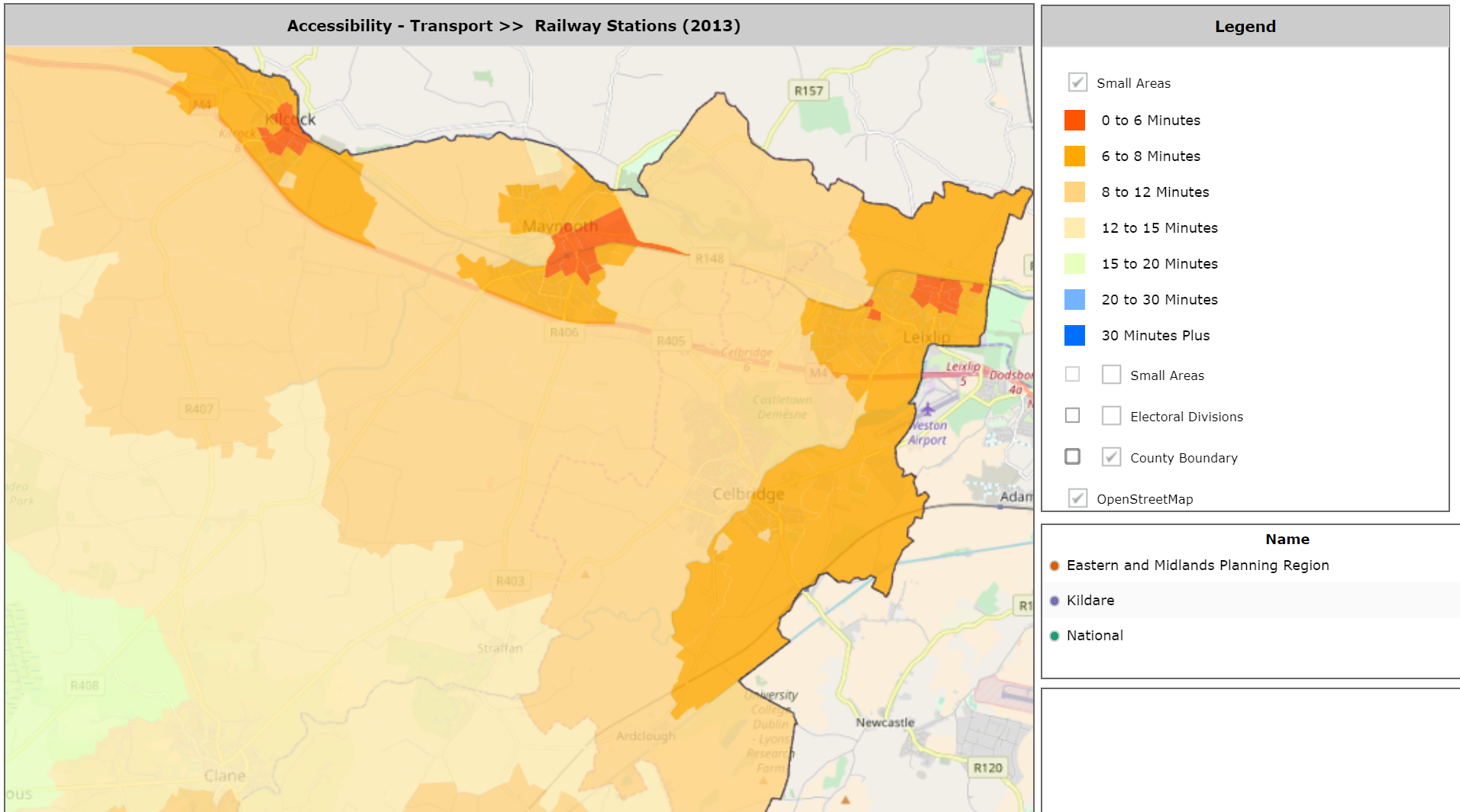 Improving Safety for Pedestrians, Cyclists and Traffic Crossing the Liffey Bridge including Changes to Traffic Flows

The National Transport Authority and Kildare County Council published a report on 24th August 2018 regarding options available for pedestrians, cyclists and traffic to cross the Liffey Bridge more safely. Copies of the report were provided to Celbridge-Leixlip Municipal District Councillors and North Kildare TDs. This report has still to be made public but we believe the report proposes

KIldare County Council advised the Councillors in April 2019 that on a recent visit by the Chief Executive of the National Transport Authority (NTA) to Kildare County Council, the Roads Department was advised that the NTA had appointed a design consultant to progress the proposal and complete the required reports/documentation for the statutory Part 8 procedure. The anticipated timeline for the commencement of the statutory Part 8 procedure was mid 2019.  This has not yet happened.
Our Submissions